A language that for seventy years of English observational comedy was derided as a series of phlegm-filled hacks and sputters. If you ever had the misfortune to be alive in the 1980s, you’d have been treated to jokes such as:

“That Welshman just said hello to me, and now I am irreversibly covered in sputum”

“Apparently the River Taff is 90% bronchial mucus because they just stand there talking at their rivers. That’s how fucking stupid they are. They talk to rivers.”

“What the hell is their problem? I mean I can understand the French talking a different language, they’re foreigners. But I can drive to Wales.”

“I just think it’s a bit passive aggressive that they chose a dragon as their mascot, when we’ve got St George. I mean, what are they trying to say? That St George didn’t kill that dragon? That it moved to Cardiff and gave dragonback rides to their kids? That the King of England can’t even kill a stupid Welsh dragon?”

In fact, Welsh is a beguiling language that slips into your ear like spider’s silk, and the Welsh accent is so calming, that nurses will frequently slip into an Aberystwyth lilt before telling you your lungs are about to explode.

Here is a simple test for men: imagine you are sat at your desk, and you become dimly aware of a swooshing sound. Increasing in intensity, you begin to hear joyful screams between the rushes of air. Eventually distracted from your work, you turn around, and see  that someone from HR has misunderstood your request for a gel wrist-rest, and has relocated the Pirate Ship ride from Alton Towers next to your desk.

If you think “I wish that had been a nice juicy dick I could’ve sucked”, they you may be gay. 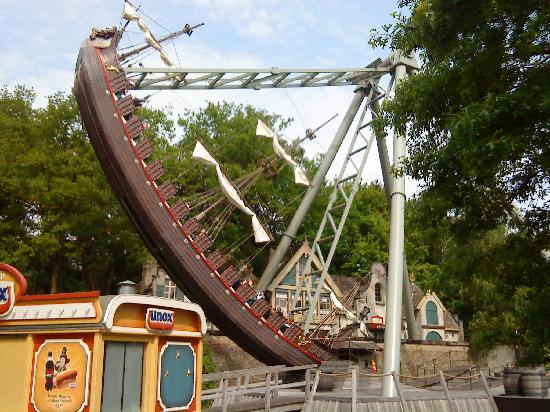 For women, the test is slightly different. Simply replace the pirate ship with the Cine 360 cinema from the same amusement park, which looked like a big cloth tit. 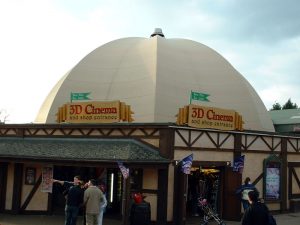 The Cine 360 is like a gigantic walk-in breast. Imagine motorboating that, ladies! You’d take a cheek off

To find out of you are straight, simply take the test for the opposite gender. That’s how simple it is. Two binary switches, yessiree.

When a man removes his trousers, it is a dark portent. Nothing good can come of even the unbuckling of a belt, let alone the sinister swoosh of fabric against thigh as his leggings fump into a foreboding heap.

Nine times out of ten you can expect this scene to play out:

One is a towering mountain, gushing streams of molten rock down its slopes, and belching clouds of ash that will decorate the land for miles around. And the other… is a volcano!

Jokes like this were rendered redundant when it was noted that volcanoes and paedophiles can be distinguished with a simple DNA test. If the thing you are testing contains human DNA, it is not a volcano, and can therefore be safely assumed to be a paedophile. 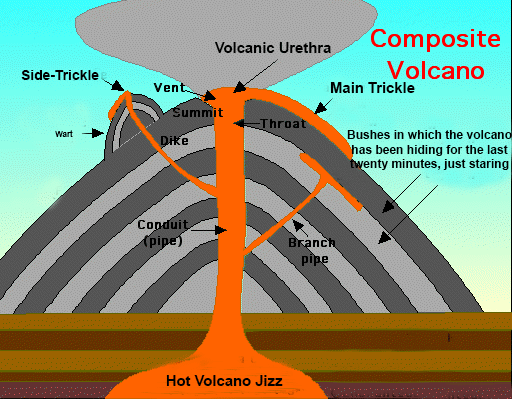 IMPORTANT CAVEAT: this test only works when you know for a fact that the thing you are testing is either a volcano or a paedophile. Testing against random humans will cause a 100% rate of false paedo-positives, leading to mob self-lynchings. 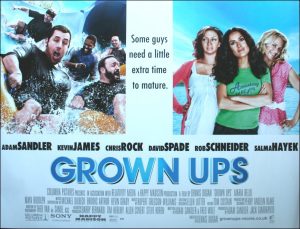 On the 1st April 2014, a spoof newsletter was sent, and I’m using the passive voice here, to the subscribers of Roger Helmer MEP’s mailing list. How this happened remains a mystery to everyone except Roger Helmer MEP himself, who has identified the culprit and taken “appropriate action”. Well thank fuck you got the bastards, Rog. Whoever they are.

Hello there Helmer fans, it’s me again, definitely the real Roger Helmer, back with another hot mouthful of news and views from Strasbourg, or ‘The Bourg’ as I like to call it. I call it that because it’s just like ‘The Borg’ from Star Trek around here, with all these mindless, shuffling EU Strasborgs milling about inside this giant, darkened EU voting cube, turning dials and pushing buttons on their chests. Bloody robots. It makes me sick just being around them, hearing them talk in their ridiculous robot languages.

Get this, readers, the German word for the German language is Deutsch, but the Dutch word for the Dutch language is Nederlands, and the Netherlands calls itself Holland, but Hollande is the president of France. I tell you readers, if words were drugs, the EU would be a great big needle sharing drug party, with Brussels handing out language-meth on a tax-payer funded platter and Belgium spitting gobs of grammar-cocaine into Italy’s MDMA-rimmed verb-arsehole.

Anyway, there’s only one language I’m interested in and that’s the language of STRAIGHT TALKING. And English.

I WANT A HORSE

Popular singer-songwriter Mika, who is one quarter Syrian, one quarter Lebanese and half normal person, once sang “I could be brown, I could be blue, I could be violet sky”, a stark admission of the man’s raging cultural identity crisis and a damning indictment of the unfettered multiculturalism brought about by liberal immigration policies.

Mika wanted to be like Grace Kelly, but what I really want is a horse so that I don’t have to step foot on European soil every time I come here to Strasbourg. It has to be a horse that won’t go mental on an aeroplane because I’m going to ride it down the steps straight on to the runway and then gallop to all my EU meetings. Perhaps I could have one of the horses from Warhorse, they’ve probably all been on aeroplanes, or have at least seen aeroplanes, and are probably cheap enough if you go for one of the background horses. Obviously I don’t want Warhorse himself unless he’s available.

I’M AFRAID A WIND TURBINE WILL KILL MY HORSE

What use is a horse however if it will just eventually be bludgeoned to death by the tip of a wind turbine’s spinning rotors, as was the case in Tewkesbury last weekend when a crowd of horses galloped right into the flailing arms of one of these deathtraps, a story you WON’T hear about on the BBC.

A new study from America has shown that young male horses are naturally drawn to a wind turbine’s rotating blades, which from a distance appear to them to resemble an audience of thin white lady horses, each giving them a big wave in an exaggerated, theatrical way, as if to say “come over here horse, I won’t club you to death with my horse arms”. Once they get closer to the turbines and the cruel ruse is revealed however, the horse’s natural instinct to sniff metal takes over and they trot right into the danger zone, sniffing innocently at the turbine’s giant mast, unaware of the high speed rotorblade tip about to clobber them into an agonising and traumatic death. How high must the pile of dead and dying horses around every wind turbine in Britain become before we shut down these murderous sideways death helicopters?

Look, before you all start, I understand the different between weather and climate change, I really do. I understand that weather is a measure of local conditions in the environment and that there are huge natural variations in weather depending on the location and the time of year, and that extremes of weather, both hot and cold, occur all year round. I also understand that climate science is the study of weather patterns on a global scale and over very long periods of time and that the man-made global warming climate models allow for all kinds of weather to occur while predicting that extremes of weather will occur more frequently. I understand that. But hey, I’d like to see these global warmists explain why I’m scraping ice off my windshield in March eh? Checkmate.

Stand down Roger. Step aside, because it’s me now, Nigel Farage, president of UKIP, and my fact-guts are rumbling, my opinion-sphincter is spasming, and my intestines are turgid with piping hot reason. My body is aching to pump greasy ribbons of truth, so you know what that means: it’s time for Nigel Farage’s Fact Barrage. Oh god get out of the way.

EVERYTHING IN ITS RIGHT PLACE

Why not keep things segregated with this official Helmer-branded chest of drawers, available now from Nordic furniture men IKEA? http://www.ikea.com/gb/en/catalog/products/40107872/

“But Roger,” I hear you ask, “why are you supporting European furniture men when there are good, honest British furniture men struggling to make ends meet under the stifling bureaucratic regime imposed by our unelected overlords in Brussels?”

Well this was an unfortunate administrative error on the part of my assistant, who misheard my instruction as I had been, for the purposes of comedy, effecting a strong Asian accent at the time. “IKEA if you don’ yooz Argos for ma Hermer draws!” I had shouted quite clearly from the other room. My assistant shall not be reprimanded however as she is my wife. Yes, I employ my wife using taxpayer money, that’s a real thing and not a joke.

This is the tale of the two original pussy pals, whose highly pro-woman discussions were captured on eight-track and sold to truckers, so they could wank in their cabs to powerful feminist discourse.

There are many excellent reasons to faint. These include:

If you faint on a Ghost Train, simply pretend that you fell asleep because it was so relaxing. This will make you seem 115% badass.